Two new seasonal routes from Bournemouth Airport to the Channel Islands have been unveiled for 2019.

Flights to Jersey and Guernsey are scheduled from April to October by Scottish airline Loganair – the carrier’s first operations from the regional airport on the South Coast.

Jersey and Guernsey will be served by Loganair’s 37-seat Embraer 135 jet, with the Jersey flight time at approximately 45 minutes and around 40 minutes for Guernsey.

As part of Loganair’s Summer 2019 schedule Jersey flights will be three times a week – Monday, Friday and Saturday, and once a week for Guernsey on Saturdays.

Stephen Gill, Managing Director, Bournemouth Airport, which is owned and operated by Regional & City Airports (RCA), said: “We warmly welcome Loganair and its cabin crews to our growing regional airport, where 35 destinations in 15 countries are being served.

“We anticipate keen interest in flights to Jersey and Guernsey from holidaymakers, weekenders and the business community across Dorset, west Hampshire and south Wiltshire.

“There is no doubt that quality carriers such as Loganair can see the benefits of operating from a customer-focused regional airport, providing convenience for passengers and saving on time and cost in travelling to alternative airports.” 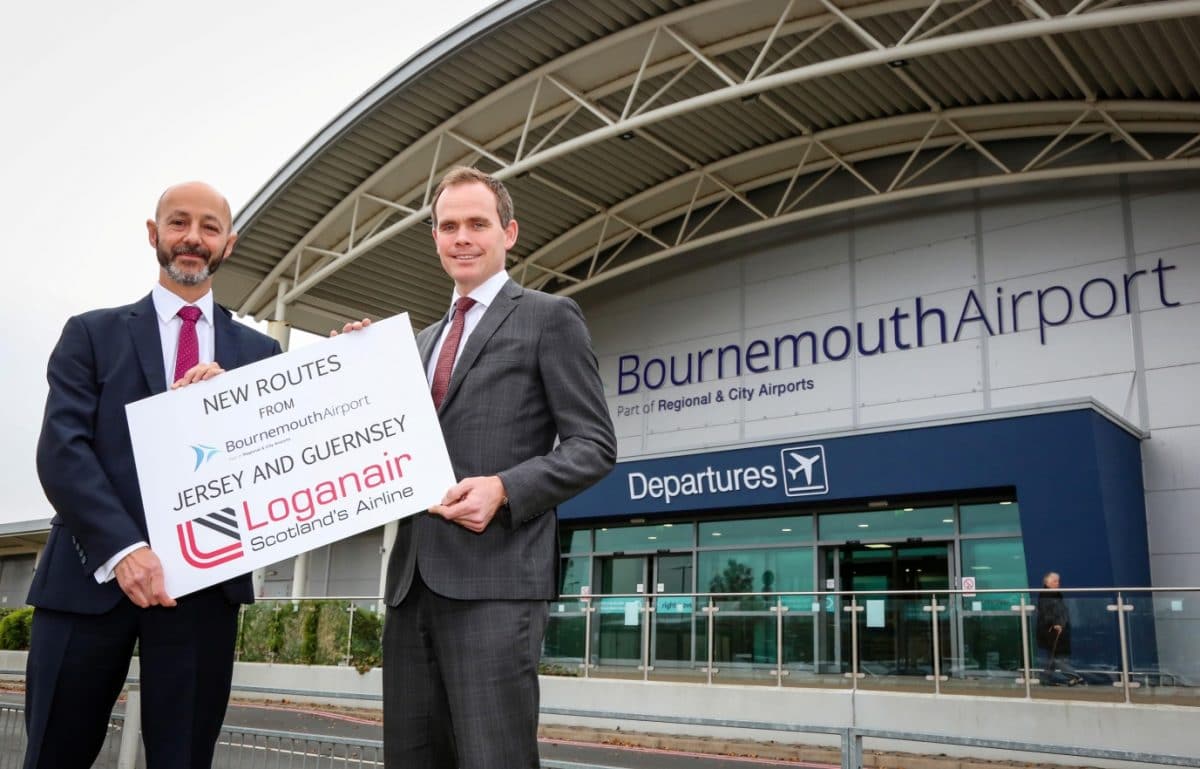 “This will be our first commercial presence at Bournemouth Airport and we look forward to our ‘Tartan tails’ being a regular sight over the South Coast.”

Last year the carrier rebranded, with tartan tails for its aircraft and traditional tartan uniforms for cabin crew and ground staff.

Jonathan added: “The new routes build on the success of our Guernsey operation from Glasgow and Jersey from Norwich this year, which will repeat for Summer 2019, along with Edinburgh to Guernsey and Bournemouth to both Jersey and Guernsey.”

Awarded Airline of the Year 2018, Loganair has a range of fares, which all include 20kg of hold luggage, 6kg of hand luggage, assigned seats and complimentary drink and snack. There are child discounts.

Lead-in fares are £46.99 one-way for the Jersey and Guernsey routes to and from Bournemouth Airport. Full details on all-in fares at Loganair.co.uk

Founded in 1962 as Scotland’s airline, Loganair serves more than 40 routes across the UK, Republic of Ireland and Norway. Night mail flights for the Royal Mail are also provided.

Logainair is famous for the world’s shortest scheduled flight – two minutes’ block time – between Westray and Papa Westray in the Orkney Islands.

The new routes announcement comes just 11 months after the airports management division of Rigby Group plc acquired Bournemouth Airport, with ambitions to drive growth across its operations, including doubling passenger numbers to 1.5 million over the next five years.

Deputy Dawn Tindall, member of the States of Guernsey’s Committee for Economic Development, said: “The announcement by Loganair that they will commence a new seasonal service to Guernsey from Bournemouth next year is excellent news.

“It is the second new service announced by Loganair since the commencement of the ‘Open Skies’ policy in September this year and illustrates their confidence in the market opportunities offered by Guernsey.

“VisitGuernsey will be working closely with Loganair to support the marketing effort to raise awareness of the new route, and we look forward to welcoming many visitors from the Bournemouth region in the coming season.”